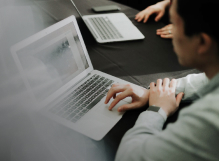 The Netherlands Gambling Authority (KSA) has warned three of the country’s 12 licence holders for planning to publish marketing material targeted at minors and in breach of regulations.

Three operators – which have not been named by the regulator – were on the receiving end of the KSA’s rebuke for intending to advertise their services on platforms primarily aimed at children or young adults.

According to the regulator, the licensees had planned to target YouTube channel TeenTock, family TV programme MarbleMania and the Donald Duck website.

The Dutch State Lottery was hit with a cease-and-desist notice for advertising on the Netherlands-facing Donald Duck website back in 2017.

The latest firms in breach received an official warning and were instructed to immediately adjust their advertising policies or risk further enforcement action from the KSA.

The protection of vulnerable groups such as minors, young adults and at-risk gamblers has been a priority area for the KSA since the regulated market went live in October 2021.

These groups are adjudged to be especially sensitive to gambling addiction and are not permitted to see gambling advertising as a result, as reflected by the country’s gaming law.

The breaches were identified amid routine advertising policy checks conducted by the KSA over the last few months.

A further seven licensed operators were found to have deviated from the law, although the breaches were considered less serious. Nevertheless, they have also been ordered to take further precautions.

The regulator said: “The authority keeps a close eye on advertising by gambling providers and takes enforcement action where necessary.

“New providers can also look forward to such a treatment. Fines are not excluded [ruled out] if violations are found.”

Enforcement action may include a financial penalty or even licence suspension and revocation in extreme cases.

Belgium-based Casino de Spa was the latest operator to receive a licence in the country having gained valid certification on 2 February 2022, although it has not gone live yet.

Bet365, Tombola and GGPoker are among other international recipients, as is LiveScore Bet, although the latter has still not launched its services in the country.

In January, KSA chairman René Jansen urged operators to advertise carefully in the country’s newly regulated iGaming market because “political patience when it comes to this subject is very limited”.