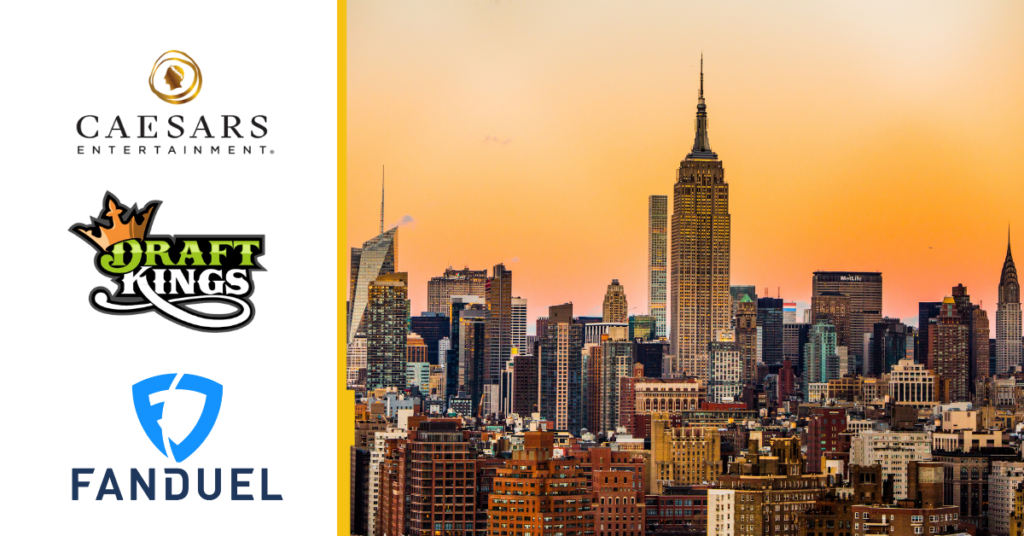 The market generated a combined $113.0m in GGR during its first live month, meaning the state is likely to collect around $57.6m from licensees for January due to a steep 51% tax rate.

The revenue was derived from $1.62bn in handle, sending New York straight to the top of the US legalised sports betting market leaderboards.

The next largest monthly state record for sports betting handle came from New Jersey, where operators took a combined $1.3bn in bets in October 2021.

Caesars has maintained its early lead in the market, having generated $55.9m in GGR from $615.5m in wagers between 8 January and the end of the month.

DraftKings managed to outperform longstanding rival FanDuel, despite the competitor handling more in wagers. FanDuel earned $23.6m in GGR from more than half a billion dollars worth of bets; $501.8m, or 30.9% of the state total.

No information has been made available on what proportion of the recorded handle came in the form of free bets, bonus funds and other promotional offers. Operators have been using generous promotions to acquire customers in the state from day one – with Caesars offering customers bonuses worth up to $3,300, although iGaming NEXT understands that offer has now expired.

As a result, the operator’s weekly share of handle came to 28.5%, down from 40.1% a week prior, proving the market is still volatile and subject to change at such an early stage.

Compared to the three largest operators, which together generated 94.3% of GGR in the state from 91.4% of total handle, the other three operators which went live during the period are still playing catch up.

It is worth noting that BetRivers’ bottom of the table performance comes in spite of the brand launching on 8 January along with the state’s three biggest operators to date.

BetMGM and PointsBet subsequently launched on 17 January and 25 January respectively, and both outperformed BetRivers’ full-month total within their first week of operating.

PointsBet will be encouraged by its early performance in the state, securing 10.8% of the market in GGR terms within just six days.

WynnBet became the state’s seventh operator to go live on 4 February, after the end of the reporting period.

Since the state’s launch, just two of the nine originally approved licensees are yet to join the market; Bally Bet and Resorts World.