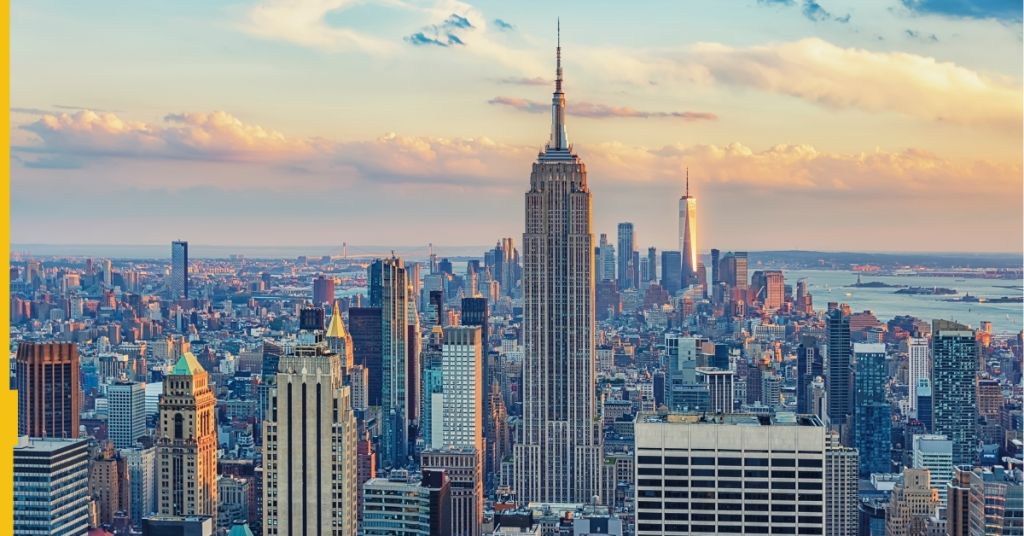 New York capped off the highest-grossing year of any legal American sports betting jurisdiction with a record-setting December.

Though most other states haven’t reported their December sports betting figures, New York’s December total is expected to be the nation’s highest. The $1.6bn handle is the state’s highest since March and one of the loftiest single-month figures in US history.

The nation’s most populated state with legal sports betting (and fourth-most populated overall), New York was projected to be the highest-grossing regulated sports wagering market. It still eclipsed many statekholders’ expectations.

The eye-popping tax figure – far and away the largest in the country from any state – comes on roughly $1.3bn in gross gaming revenue.

New York’s nine legal sportsbooks generated more than $660m in net gaming revenue during that time. The state’s 51% tax rate on GGR is the highest of any multi-operator market.

FanDuel, America’s leading mobile sportsbook by GGR, can attribute part of its success to a dominant showing in New York.

FanDuel recorded more than $6bn in handle during calendar year 2022, significantly ahead of DraftKings, its next-closest competitor. DraftKings took in around $4.5bn in wagers, followed by Caesars with a little under $3bn and BetMGM with around $1.3bn.

This led to similarly staggered GGR margins. FanDuel was the runaway leader with around $650m, followed by DraftKings (roughly $350m), Caesars (around $200) and then BetMGM ($80m).

Caesars was initially the state’s leading sportsbook by handle, in large part due to a $3,000 “risk free” bet for new players in January, the highest-such promotion of any state launch in the country. Since those early weeks, FanDuel has been the consistent monthly leader, and the subsidiary of Europe-based Flutter Entertainment is closing in on 50% market share in America’s highest-grossing legal sports betting market.

The state’s five other sportsbooks – BetRivers, WynnBet, Bally Bet, PointsBet and Resorts World Bet – combined for a little more than $1bn in handle in calendar year 2022.

With California, Texas and Florida, the three states with a higher population than New York, unlikely to have sports betting until at least 2025, the Empire State is again positioned to be the national handle leader in 2023.

Though operators including Barstool and bet365 have pursued licensure in New York, it appears no new sportsbooks will be approved any time soon. The nine licensed books were selected as part of a complex, government-run bidding process and upending the status quo seems politically and logistically unlikely.

Reducing the nation-leading tax rate also seems like a political non-starter. Though New York sportsbooks have complained about the high rates, it has been a revenue generator for the state, one elected officials seem unlikely to curtail.

Now both New York politicians and the state’s sportsbooks will turn their attention to the 2023 legislative session, where lawmakers are set to discuss online casino gaming legalization. The current roster of sportsbook operators would be the likeliest candidates for such licenses, should they be approved.

In neighboring legal iCasino states such as Pennsylvania and New Jersey, digital casino offerings such as slots and table games are far more lucrative in terms of taxes and operator revenues than sportsbooks. However, these types of gaming are far more politically controversial and it appears legalization would face a difficult political climb in the New York legislature.