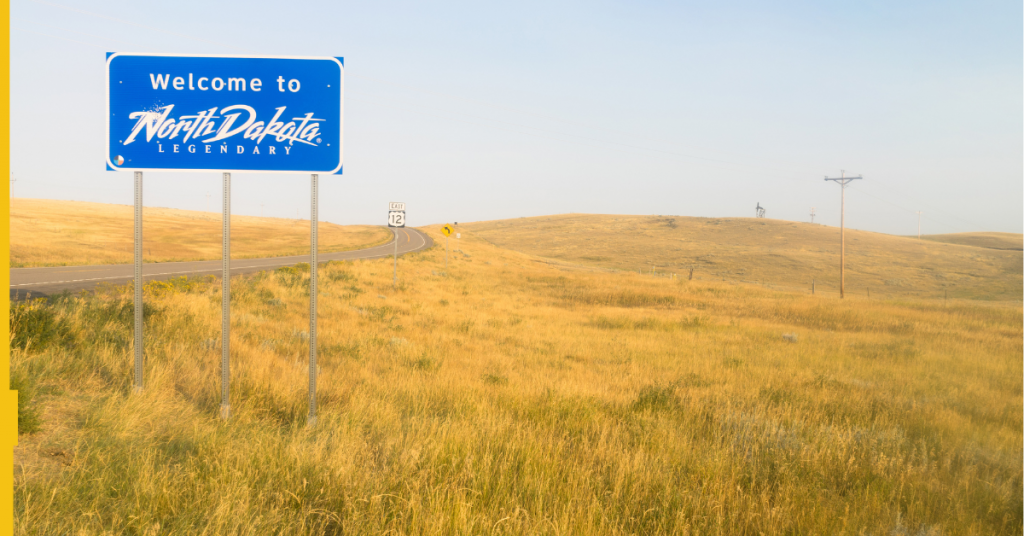 North Dakota’s gaming tribes are set to have official federal government permission to open online sportsbooks, but those betting options are set to be confined to tribal lands.

North Dakota Gov. Doug Burgum and representatives of the state’s five gaming tribes agreed to new compacts last week that will allow casinos on tribal lands to open mobile sportsbooks that are only accessible within these territories. The new compacts will also allow casino-style gaming via mobile apps, including digital slots and table games, on tribal lands.

The new deals are subject to approval from the federal Department of the Interior, which is expected by next month.

Several tribes had already opened retail sportsbooks in the state, doing so under interpretations of previous compacts. The previous deals, which were set to expire at the end of the year, are now replaced by formal agreements that will last through the next decade.

South Dakota has retail sportsbooks at the state’s commercial casinos in Deadwood under a 2021 law that, by extension, also permits in-person sportsbooks at federally recognized tribal casinos. Statewide mobile gambling of any kind is not permitted.

The new North Dakota compacts lower the gaming age at tribal casinos, including sportsbooks, from 21 to 19. North Dakota is one of just a few of the more than 30 states with legal sports betting that permits bettors under age 21.

Tribal officials had reportedly pushed Burgum to give the tribes exclusive rights to statewide mobile wagering and online casino gaming, according to the Associated Press. The AP reported Burgum rejected the request, saying it was not under the purview of his office’s powers.

Connecticut and Michigan are the only states where tribes have launched online casino gaming permitted off tribal lands. Connecticut’s Mashantucket Pequot and Mohegan tribes are partnered with DraftKings and FanDuel, respectively, for both iGaming and sports betting, while more than half a dozen Michigan tribes have online casinos and sportsbook partners.

Critically, the tribes in both Connecticut and Michigan reached agreements with their respective state’s elected officials to permit online casino gaming under the purview of state regulators. Under federal law, states can’t permit off-reservation online gaming unless they are treated as separate, commercial entities.

Arizona also has a similar arrangement with its state governments and regulators to offer online sports betting, though these tribes can’t offer online casino games.

Florida Gov. Ron DeSantis and the state’s Seminole tribe struck a 2021 compact that permitted statewide mobile wagering via the tribe’s Hard Rock sportsbook app. The Department of the Interior signed off on the deal, arguing that the 1988 federal law that regulated tribal gaming could be interpreted to include mobile wagering, so long as the sportsbook’s servers were within tribal lands.

This was appealed in court by one of the state’s parimutuel horse track operators. A court ruled against the Seminoles and the federal government, forcing the tribe to suspend what was Florida’s lone legal mobile sportsbook just weeks after launch.

The Seminoles are appealing the decision. The appellate court’s ruling isn’t expected until sometime in 2023.

Should the Seminoles ultimately prevail, it could open the door for expanded online wagering opportunities for tribes in North Dakota and across the country. Instead of the more limited online provisions under the current ruling of the law, tribes would presumably have greater leeway to accept bets anywhere within their respective state’s borders.

Until – or if – such a ruling comes down, tribes must either work under the existing compact system or reach separate agreements with state regulators, such as those in Michigan, Connecticut and Arizona.