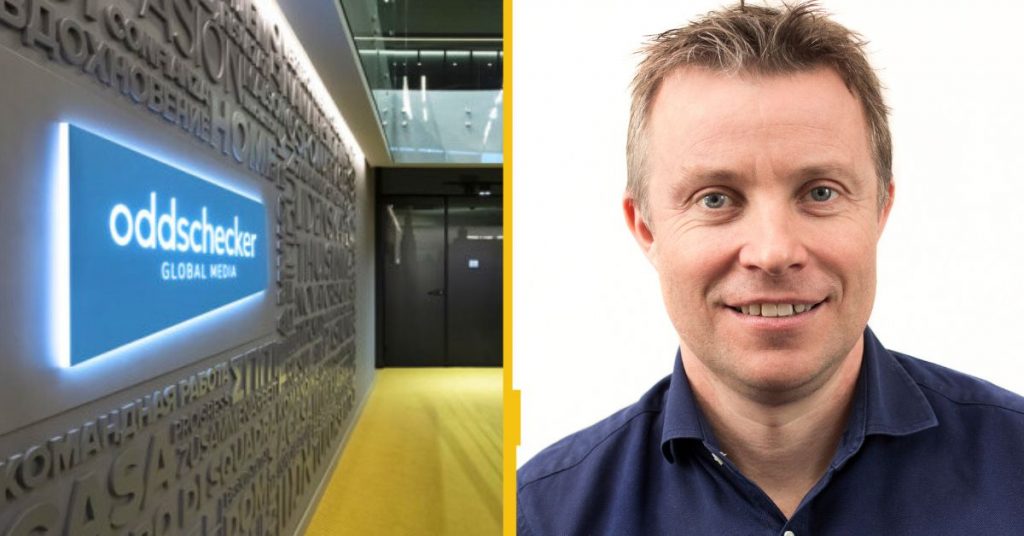 Simms – who resigned from XLMedia in April to pursue other interests – will officially take over at Oddschecker from today (1 November 2022).

Simms will become the affiliate’s first permanent CEO since the departure of Toby Bentall in March following Oddschecker’s sale to US private equity firm Bruin Capital.

Simms will pick up the reins from ex-CFO Nick Barnett, who has been acting as interim CEO.

During more than three years at London-listed XLMedia, Simms led the aggressive expansion of the firm’s North American operations as acquired brands like Sports Betting Dime were onboarded under his leadership.

He also helped to re-optimise XLMedia’s portfolio of legacy igaming domains across Europe after they were deranked by Google.

Simms arrived at XLMedia from Rakuten Marketing, where he was previously global CEO with full ownership and accountability for a $1.2bn P+L line.

“I am excited to be joining Oddschecker at a pivotal time in its evolution,” said Simms.

“Building on the impressive reach and scale in the UK, we will continue to invest and accelerate the US business by harnessing the strong technology platform and significant expertise in sports betting media,” he added.

Oddschecker – which is famed for its odds comparison grid in the UK – said Simms has a reputation for strong and decisive leadership, as well as a proven track record of international expansion.

“He’s an aggressive leader who moves organisations forward with innovation and focus. We are excited to have him in the Bruin family.

“He and the team will have the full weight of our global resources to support them in achieving the company’s limitless potential,” he added.

Elsewhere, iGaming NEXT understands that commercial director Guy Harding will leave Oddschecker in November after nearly seven years with the company in London.

Harding initially joined Oddschecker from Sky News in February 2016 as head of commercial before pivoting to the role of commercial strategy and safer gambling director in July of 2021.

He will start a new position as commercial director for Jersey-based digital media business LC Interactive in December.