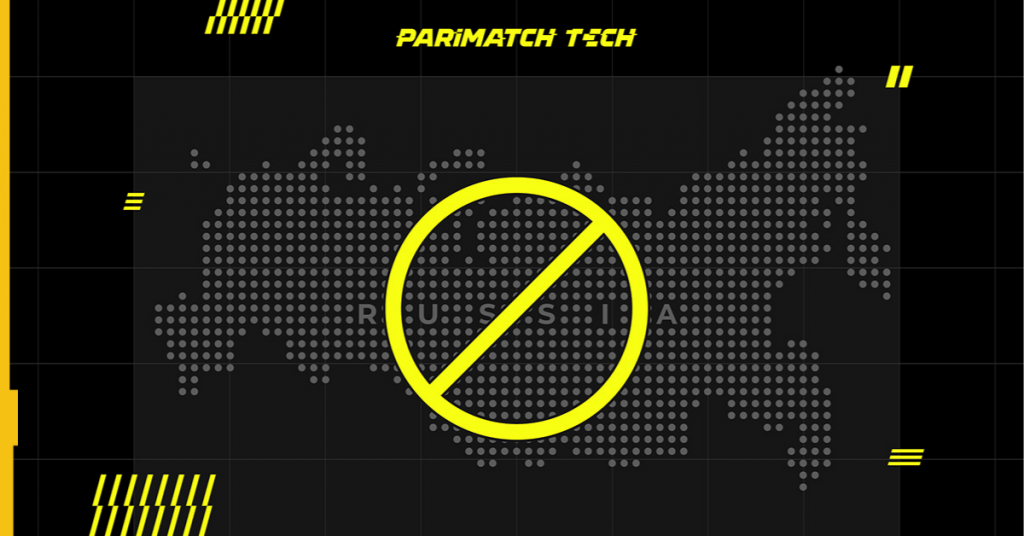 Parimatch has “unplugged” Russia from its software and ceased all operations in the country as of Saturday 26 March.

The company confirmed Parimatch software is no longer available to any business in Russia, along with use of the Parimatch brand on any platform or in any format, after legal proceedings and technical aspects relating to its withdrawal from the market were met.

This means businesses in Russia may no longer use Parimatch advertising materials, logos, symbols, colours, global ambassadors or slogans, and that use of the Parimatch brand is prohibited for any local brand ambassadors in the country.

The supervisory board of the Parimatch Tech holding company decided to withdraw from the market in February in response to Russia’s invasion of Ukraine, where Parimatch was first established.

The process of withdrawing the brand from Russia subsequently began on 1 March, beginning with the gathering of necessary documents to cease providing services to Russian online operator Betring LLC, which had been using the Parimatch trademark to operate under a franchise deal.

“The war that Russia started against the Ukrainian people and state made it unacceptable for us to use the brand and tech solutions in Russia,” said Roman Syrotian, co-CEO at Parimatch Tech.

“We stopped the support of all processes on operational and technical levels, and we withdrew the Parimatch brand,” Syrotian concluded.

Maksym Liashko, Parimatch Tech co-CEO, added: “The board’s decision to leave the Russian market was implemented on all levels. From here on out, any presence of the Parimatch brand in Russia will be considered as a violation of the intellectual property.

“This is not a rebranding or restyling. This is a complete shutdown from the franchise. We have no ties or connections to any further Betring LLC activities.”

Parimatch co-CEO Maksym Liashko: “This is not a rebranding or restyling. This is a complete shutdown from the franchise.”

Parimatch has been unwavering in its support for Ukraine since a Russian military invasion of the state began in February.

Earlier this month, the firm committed to providing UAH60m (€2.9m) in support to Ukraine, with most of the contribution going towards ammunition, military equipment including body armour, and humanitarian aid including first aid kits and the provision of meals for refugees and territorial defence forces.

Despite the ongoing situation in the country, Parimatch chief talent officer Tatyana Davydova said the business would not withdraw any ongoing offers of employment. It has also offered staff who were in the process of terminating their employment the chance to stay on with the company and continue to receive a salary, while all employees are permitted to request emergency financial aid.

The sustainable development initiatives of the non-profit Parimatch Foundation have also been put on hold to focus resources on helping victims of the war, and the firm has set up a charitable fundraiser to help purchase and deliver food and medicine and to aid in the evacuation of victims. The fundraiser can be accessed here.

Meanwhile a separate, industry-wide fundraiser set up by members of the international gaming industry recently surpassed its goal of raising £250,000 in support of Ukraine, via the charity Choose Love. The Gaming Industry for Ukraine fundraiser is still accepting donations here.

Hundreds of global businesses across all industries have withdrawn from the Russian market since February, including Apple, Microsoft, McDonalds, Starbucks and PepsiCo.

It has been reported, however, that other parts of the international gaming industry continue to rake in profits from Russia despite widespread condemnation of the country’s actions.

According to a report from SportsHandle, sports data supplier Sportradar continues to provide services to businesses in Russia, while CEO Carsten Koerl was reported to be a large shareholder in a prominent Russian sportsbook.