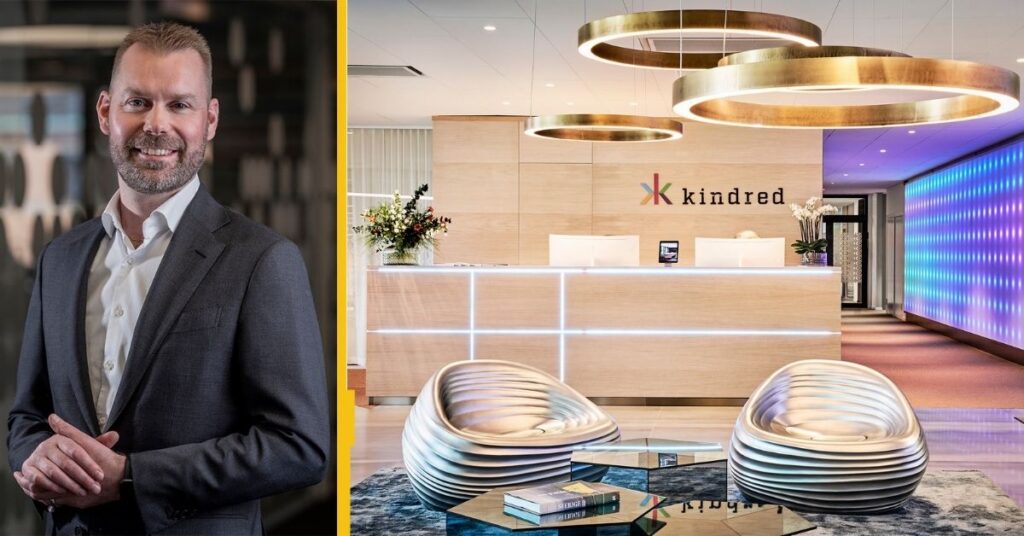 Kindred made an important strategic decision last week by announcing it would build an in-house sportsbook on top of its proprietary Kindred Racing Platform.

In Q4, the Kindred Racing Platform provided 10% of overall revenue, while roughly 40% of overall sportsbook revenue was derived from proprietary software.

The move means Kindred will reduce its reliance on long-term sports betting supplier Kambi, which was spun out by Kindred in 2014 as a separate public company.

The news was announced alongside a three-year contract extension, which means the two parties will continue to work together until 2026 at the earliest.

Crucially, as part of the renewed contract, Kambi can now repay a convertible bond having met certain financial conditions. This would reduce Kindred’s influence over Kambi and could potentially make the latter an attractive and credible acquisition target.

This inevitably led to questions over which company had really made this decision and blinked first. Is Kindred leaving Kambi, or is Kambi leaving Kindred?

iGaming NEXT has spoken to both Kindred Group CEO Henrik Tjärnström and Kambi chief executive Kristian Nylén in the aftermath of the announcement, with the first of a two-part interview published below:

iGaming NEXT: Why has Kindred decided to build an in-house sportsbook?

Henrik Tjärnström: Last year in Q2 we talked about long-term strategy and securing profitability in locally regulated markets. One of the cornerstones in that strategic plan is an increased focus on product and customer experience. We highlighted that as an important area to be able to create strong differentiation. In July, when we announced the Relax Gaming acquisition, that was the first important step for us to improve product control and CX, but within casino. This is a second step in that long-term plan to transform Kindred by scaling up our proprietary Kindred Racing Platform to build the fullest possible solution for the future.

iGN: You have signed an extension with Kambi until 2026. How much of that contract will focus on business as usual before you devote time and resources to the in-house platform?

HT: We’re very happy to have extended and secured a three-year extension so that we have security for the coming five years on Kambi’s high quality tech and trading services. That is very positive. What we’re doing now by scaling up our proprietary platform is to continue to build that into a full sportsbook on top of third-party supply. In that situation, our existing suppliers will remain very important for us. We’ve secured the extension which gives us time to continue to evolve our partnership. We hope and believe that Kambi will continue to play an important role for us beyond the current extension. For us, we want to continue the very special partnership we have with Kambi for the future.

iGN: How would that partnership continue after 2026?

iGN: Did this announcement need to be handled sensitively considering the relationship between the two companies?

HT: Of course, we have a special partnership. Kambi used to be our own sportsbook department until we separated and to create shareholder value from 2014 onwards. Since then, the two companies have developed as strong independent companies, and our plan is that that will continue to happen. This is another important step for us in our strategic direction and that is what we have communicated. We had the joint statement and quotes in our release as well, so it is a special relationship. We hope and believe that will continue to be the case.

iGN: The new contract means Kambi now has the option to repay a convertible bond and break free of some strategic influence from Kindred. What impact, if any, did that have on this decision?

HT: That [bond] was in place for the current contract period and remains as is. Then in the new extension we have secured security of the supply for the coming period as well. It’s a normal evolution, but that hasn’t been the deciding factor in anything. This is all about us continuing to take steps in our strategic direction of increasing our focus on product and CX. We firmly believe the winners in in this highly competitive re-regulated reality are the ones who can excel in product and CX differentiation by creating unique relationships and loyalty with customers. That is the driving factor behind this.