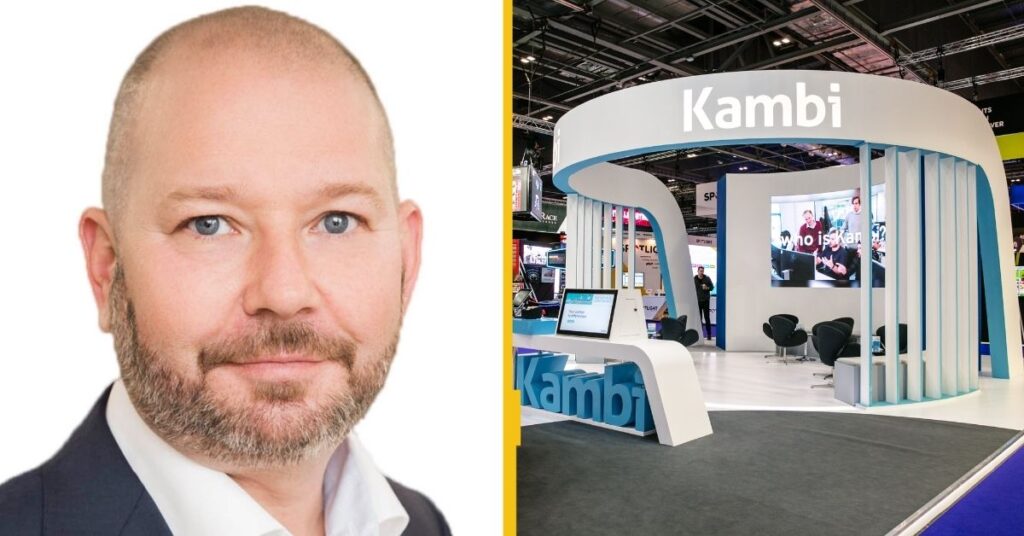 Last week was particularly interesting for Kambi and its investors. When Kindred announced its intention to reduce reliance on Kambi and build an in-house sportsbook, Kambi’s share price dropped dramatically as news sank in that the business was losing another tier-one customer.

The announcement followed the migration of Kambi clients including DraftKings, 888 and eventually Penn National Gaming onto proprietary alternatives as operators, particularly in the US, explain to shareholders that they want to take charge of their own technology.

The negative sentiment did not last long however as a contract extension signed between Kindred and Kambi provided mid-term security for both firms and a minimum revenue guarantee for Kambi.

More importantly, it also opened the possibility for Kambi to repay a convertible bond, or poison pill, which would allow the company to take charge of its own strategic destiny away from Kindred. If that situation were to occur, Kindred would no longer have the same influence over its supply partner and Kambi could also be acquired by a bigger business.

A poison pill is a defensive tactic used by a public company to deter takeover attempts. It was implemented following Kambi’s split from Kindred in 2014, when it went public as a separate business. It can now be repaid for €7.5m, and Kambi can trigger this option at any time. It has not done so yet.

Below, Kambi CEO Kristian Nylén talks to iGaming NEXT about the poison pill convertible bond and Kambi’s own M&A strategy as it targets a modularised sportsbook offering in 2022 and beyond:

iGaming NEXT: Kindred said it was going in-house to gain greater control of product and customer experience. Kambi said exiting the convertible bond could put the company in charge of its own destiny and open up the potential to be acquired. You can pitch upside for both businesses and the narrative has been carefully managed, but who’s move was this to begin with?

Kristian Nylén: This is something between us and Kindred – it’s important for both parties and doesn’t really matter too much how it was initiated.

iGN: Kindred was very complementary of Kambi and said it would like to see both companies work together beyond the expiration of the contact in 2026. How would that work?

KN: I surely hope so. We started talking last summer about where we want to go with the product and how we are looking into a more modularised service, which seems like it will fit very well with Kindred’s plans. I hope when the time comes that we have a service that is very much in line with what Kindred needs and wants from us.

iGN: If Kambi is acquired, how will that affect contracts with existing partners? You have said clients were pleased that Kindred would not retain as much focus or as many resources, but you are still committed to them until at least 2026.

KN: First of all, it is very much a hypothetical (that we are acquired) and I don’t think we should draw the conclusion that this is the strategic direction we choose as it gives us greater control and freedom in other ways too. If it were to happen, to start with it depends very much on who the acquirer is. If it’s a company focused on B2B, it is not a big issue for most. If it were to be a competitor, it becomes a different story. On the bright side, for any new prospect of ours, I think they feel more confident in us not having this tie to Kindred. I can’t go into contracts, but it’s quite normal that there are clauses relating to change of control in contracts as well.

iGN: Given the history between Kambi and Kindred, it is not too difficult to imagine that Anders Ström is pulling some strings in the background, especially considering the fact he declined re-election to the Kindred board and increased his Kambi share to 20%. What is his influence at Kambi and do you have a regular dialogue with him?

KN: He’s sitting on the board of Kambi so obviously he’s a part of decision making within the company, but I would say this is mainly a deal done on a more operational level.

iGN: Full-year performance means there is plenty of cash on the balance sheet. No dividend is being paid but you have hinted at acquisitions. What areas of the business are you targeting with M&A and how will they lean into Kambi’s long-term modularisation strategy?

KN: If we can find companies working in in the area of machine learning on certain sports, that’s something we are we are definitely interested in and that I would say is our main target. Machine learning within risk is also very interesting to us. It is not very likely, but I could also see us entertaining the idea of acquiring a player account management system.