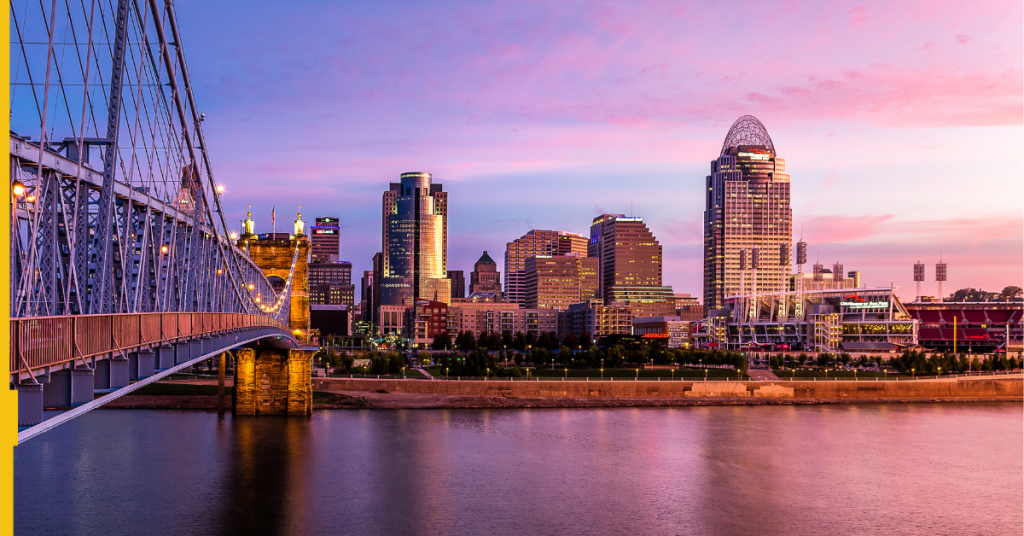 Ohio has spent months preparing what will be the most expansive sports betting market in the country by number of options. Sportradar Government Affairs Director Brandt Iden, a former Michigan lawmaker who spearheaded his state’s sportsbook legalization bill, talked with iGaming NEXT’s Ryan Butler earlier this month about the most interesting components of the law, the launch schedule and his overall impressions on the market’s potential.

Ryan Butler: Along with roughly two-dozen online sportsbooks, including many of the US market leaders and several companies looking to upend the status quo, Ohio is set to have hundreds of betting kiosks at bars, restaurants and even grocery stores throughout the state. This reminds me a bit of keno machines you see across many states, but this will be the first where someone could place a legal sports bet. What are your thoughts on this component of Ohio sports betting?

Brandt Iden: “I think at the last count, I I’ve seen some early application paperwork and it looks like some 40 Kroger stores have applied alone. With your licensure, you’ll be able to have these kiosks. And it will be an interesting model. It’s one we haven’t seen before. I think your analogy Ryan is very, very good there. This is going to be tailored to a different type of sports bettor than people who bet at in-person books or online.”

“This is going to be more of a player that’s like a lottery player, someone who comes with relatively low limits on those kiosks machines. I think the highest that they can take is $500 If I recall on any one wager. They’re not going to really offer in-play for the most part. These are going to be pregame sort of things and it’s probably going to be someone who comes in there buying some groceries for the day.”

“But you never know, this is really different. It’s something we haven’t seen before. And so I think it’ll be an interesting test case to see how successful these machines are, when you integrate, of course, retail and mobile and all the other commercial options that are going to be available for consumers in Ohio, which will be probably the largest in the market. I think it will be the most robust commercial state out there that we’ve seen so far.”

RB: Ohio will also launch its online sportsbooks at 12:01 am local time on New Year’s Day. In other states, the sudden rush has sometimes led certain sportsbooks to crash. Do you think it was a good idea to schedule a launch for that time, or should they have waited until later in the day as has been more common in most other legal sports betting states?

BI: “I think that the Casino Control Commission there took that legislative directive very, very literally and said ‘January 1 is the date we’ve been told this is the time we have to launch 1201 is when we’re going to launch.’ I don’t know that you’re going to see a mad rush, everyone jumps online at 12:01, once the ball drops to start getting their wagers in.”

RB: What are your overall thoughts on the Ohio market?

BI: “Obviously, Ohio is a big market, we’re all really looking forward to this, It will be a year in the making, just through the rule promulgation process. But Ohio is really taking the time to get it right.”

“It’s going to be a massive market. And I think it’s going to be very successful in 2023. I think we’re going to see a lot of success in Ohio, which pains me as a Michigander to say, but they did a good job. They really did. It was a good mark.”