No d*ckheads! And four more rules for successful start-up investing from venture capitalists 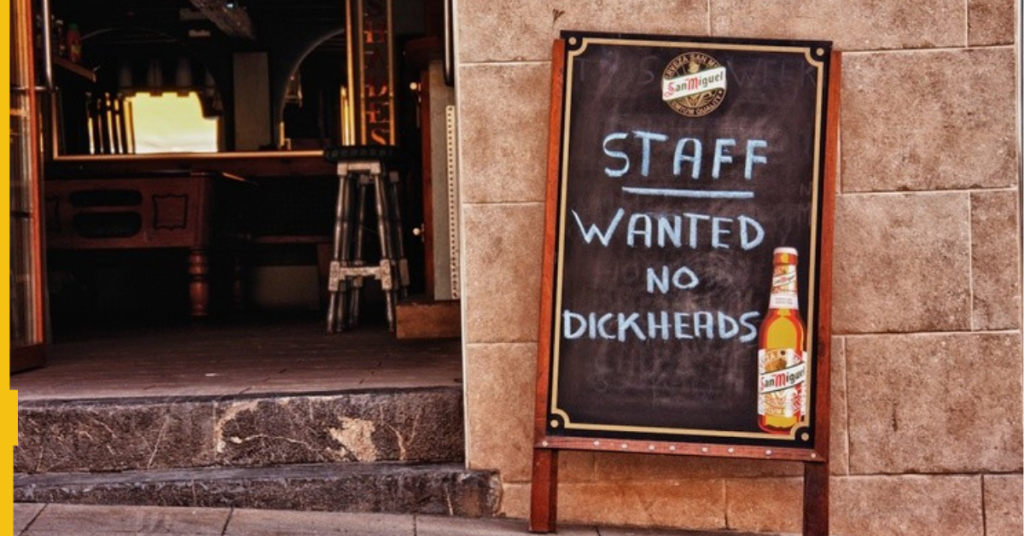 During the investNEXT conference at iGaming NEXT Valletta in September, venture capitalists and industry experts shared their views on the fundamental qualities they look for when investing in start-ups.

“What is the fundamental wishlist that you look for in a start-up?”

For Buhagiar, there is one blunt rule which he said has helped guide his decision making throughout his career.

“For me, it used to be just one rule only; it was something called the ‘no dickheads’ policy,” he told the panel. “And you’ve all been through this consciously or subconsciously, you know what I’m talking about.

“And it could be the next Elon Musk, but you’d be like: ‘Bye. Sayonara.’ I don’t want people who are high maintenance, high baggage, or even worse, think they are the next big thing. What you want are really humble people with great ideas, but keeping it low-key.”

The principal reason behind Buhagiar’s matter-of-fact statement is that investors and start-up founders should work closely together, and VCs do not need the headache of working with people who believe they already have it all worked out.

Instead, he argued, investors – and the companies they buy into – should work together in an ego-free, positive dialogue-led environment to help drive the business forward.

Sharp Alpha Advisors managing partner Lloyd Danzig suggested that many VCs are looking for the same qualities in company founders, but that two specific traits should be held in particularly high regard.

“I think a lot of us look for, in some ways, a lot of the same things: a compelling team with relevant background experience, with an incredible solution to an important problem, that is highly monetisable at scale,” he explained.

“My favourite, or at least one of my favourite features of founders, is robust thoughtfulness and clarity of their vision. To use a Paul Graham phrase, I love founders that are ‘relentlessly resourceful’.”

These qualities help to create founders worthy of investment, Danzig argued, before revealing that one key question allows him to separate one business from the next.

RB Capital co-founder Julian Buhagiar: “I don’t want people who are high maintenance, high baggage, or even worse, think they are the next big thing.”

“If I had to choose sort of one rule or one heuristic, I like to ask myself: is this a founder in whom I would want to own a share of their future earnings, regardless of what they were building? And are they someone that inspires me so much that I almost want to quit what I’m doing as an investor and go work for them instead?”

Without a leader who possesses such vision and the ability to inspire others – be it their own employees, future investors, customers or even regulators – he said, it can be difficult to separate the next big thing from a complete flop.

“I find those to be really helpful questions to ask myself to distill a lot of the more complex quantitative and qualitative aspects of a deal,” Danzig concluded.

Peter Heneghan, a senior associate at gambling industry-focused VC firm Bettor Capital, might take a more ‘brass tacks’ approach to investing, with his most desired quality in a potential investment being the ability to solve industry-specific problems.

“I think that a start-up first of all needs to have a reason for existing, and especially since we’re focused on B2B suppliers, they have to be solving a problem for operators,” he said.

“I think that especially last year, and while sports betting has been legal in the US, you see people coming in, and they’re inventing some reason for a start-up to exist with some idea that a lot of people in this room would probably say, ‘well, maybe that’s cool, but is that really a business?’

“People who have a clear vision of the problem they’re solving and the reason for solving that problem, and that it’s a big enough problem that people are going to pay for it, is at the highest level, one of the more qualitative things that you’re looking for.”

While Heneghan demands real-world use cases for the products his firm invests in, he admits that businesses do not need to be long-established in order to generate value.

“In a company where the unit economics make sense and the reason that you’re burning money is to grow faster, I think over time, that math is going to work in your favour,” he said, before echoing Danzig’s comments on the importance of working with inspiring and uplifting founders.

Rule #4: Understand where the money is coming from

For Tekkorp Capital president Robin Chhabra, investors should never lose sight of their ultimate goal: generating a return on their initial investment. He believes that it is crucial to understand exactly how a start-up intends to make money, without relying on an imagined future.

He said: “I think typically the first page [of an investment deck] is ‘this is the problem we need to solve,’ and actually in most instances, it’s kind of obvious how you solve it like two or three years out. What I’d like to see is what are the first two or three steps.

“Because quite often they can’t answer that. They know in generic terms what the solution is, but then lots of people can figure that out if you spend long enough in an industry.”

Indeed, Chhabra explained, it is the determination and vision to create a truly profitable business that separates the wheat from the chaff in the gambling investment world.

While some will seek investment for pie-in-the-sky ideas, it is crucial to pinpoint the businesses with a clear path to success.

Tekkorp Capital president Robin Chhabra: “What is the value they’re going to create for their customer, and what share of that value can they take for themselves? These are quite obvious questions, but very few people I meet can answer them really crisply.”

“The other thing is the number of pitches I’ve received where it’s been difficult to figure out how the start-up actually makes money,” he explained. “What is their business model? Who are their customers? And it can be quite complex sometimes, quite layered.

“And then how are they going to incentivise a customer to use their product, what is the value they’re going to create for their customer, and what share of that value can they take for themselves?

“These are quite obvious questions, but very few people I meet can answer them really crisply.”

According to Chhabra, then, start-ups seeking investment should go back to basics by ensuring they have the fundamentals before flying too close to the sun. Simply having a strong concept or product is not enough to ensure success, he explained.

“Some people just think about the product, and they think: build it and they will come. In some instances that’s the case, but not usually.”

Adam Rosenberg, senior adviser for the gaming and leisure sector at Blackstone, offered up a different perspective when faced with Buhagiar’s question.

“This may sound counterintuitive, but I like to hear about stories of failure,” he said.

“If somebody hasn’t faced failure, they haven’t learned some very important lessons on how to deal with difficulty.

“And when you’re dealing with start-up capital and the VC world, I think it’s important to make sure the person has been fire-tested in certain ways.”

The panellists agreed that the experience gained through previous failures is invaluable in business, providing not only practical lessons, but also in providing motivation for future success.

He clarified that he does not look for founders engaging in “recklessness, but testing boundaries, testing limits that get you to a place where you realise you’ve gone too far.”

This, he argued, helps businesses and founders find their true place within the market, by pushing the limits of what they seek to do.

Rosenberg’s fellow panellist Danzig agreed, adding that investors like to see a little chutzpah from the firms that come across their desks.

Danzig added: “On top of that, and I think maybe this is maybe a bit of an American notion, but it’s that if you’re not failing or have not failed, you must not be ambitious enough or trying something that is hard enough and audacious enough to really cause an outsized outcome.”

Perhaps the biggest predictor of future success in a business is, somewhat surprisingly, past failures.