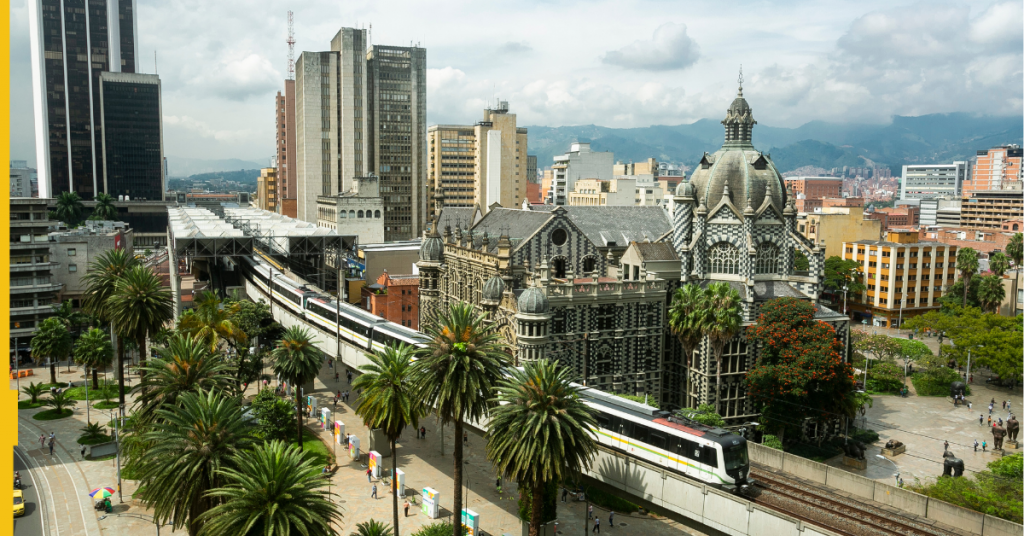 Rush Street is putting offices in Medellin as well as Bogota, the nation’s capital and most-populated city. The brick-and-mortar offices will help the company’s RushBet digital gaming brand in Colombia as well as Mexico, the company said in a release.

“We are investing in the region’s future and recognize the importance of earning the trust and respect of the communities where we operate,” said Richard Schwartz, Chief Executive Officer at RSI, in a statement. “It’s important to have the brightest and strongest local teams to execute RSI’s ambitious growth strategy.”

Rush Street estimates a total addressable audience of more than 180m between Colombia as well as Mexico, where it also offers RushBet. RSI was the first major American online gaming company to launch in Colombia and is one of the nation’s leading operators by market share.

There are further plans to expand in both countries as well as other jurisdictions in Latin and South America, Rush Street officials said in a statement announcing the office openings.

The office openings follow Rush Street securing partnerships with many of the region’s leading businesses and media companies. RSI also recently expanded its exclusive partnership with LaLiga, Spain’s top soccer league, from Colombia to all of South America.

The Latin America push comes as Rush Street struggles with market share in the US. One of the first operators to start taking bets outside Nevada following the May 2018 Supreme Court ruling that struck down the federal wagering ban, RSI has fallen significantly behind market leaders FanDuel, DraftKings, BetMGM and Caesars.

In the US, Rush Street is live in 13 states, including New York, New Jersey, Illinois and Pennsylvania, the four largest markets by handle. Chicago-headquartered Rush Street trails the aforementioned market leaders in all these markets except Illinois, where it was the first legal operator to take bets.

The company’s market share struggles have led to a significant drop in the company’s stock, tracing much of the rest of the industry (and markets overall) over the past 12 months. RSI remains a rumored acquisition target for another company, but officials have given little indication that such a deal is imminent.

For now, Latin America appears to be the greatest potential area for growth, either for the company internally or as an acquisition target.

“These new state-of-the art offices further exemplify our innovation and continued investment in Latin America and the future growth we expect in the region,” Schwartz said in a statement. “It was important for us to invest in creating world-class facilities to continue to attract and retain top industry talent, who play a vital role in RSI’s ongoing growth in Latin America.”