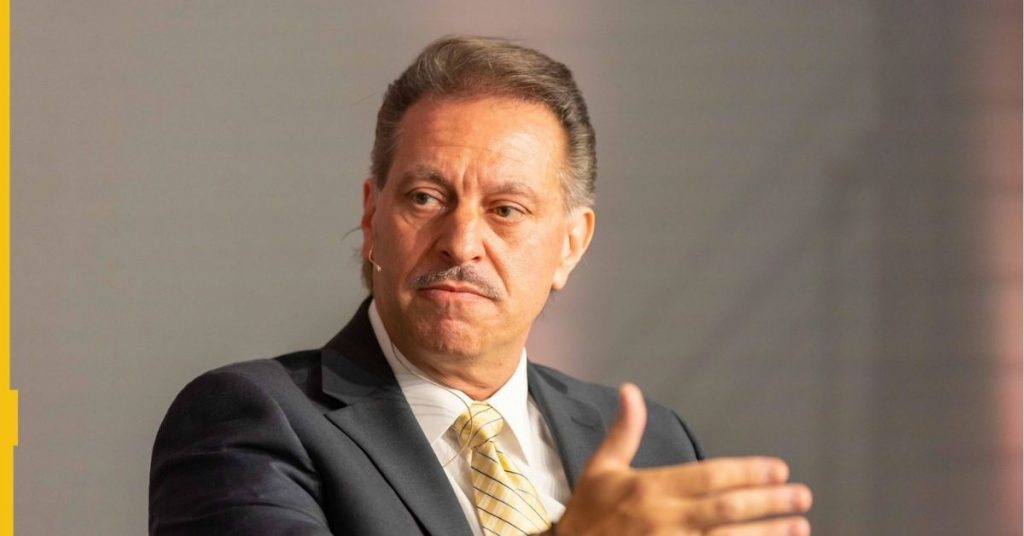 New York State Senator Joseph P. Addabbo Jr. believes regulated iGaming is coming to the Empire State and that it is not a question of if but when.

Speaking at iGaming NEXT NYC ’22, Addabbo explained his vision for a regulated iGaming market in the state as a natural extension to legalised online sports betting that launched in January this year.

Addabbo played a fundamental role in the launch of mobile wagering, having lobbied for legislation and regulation for several years.

Just as with online sports betting prior to the launch of New York’s regulated marketplace, Addabbo explained: “For my colleagues who have this apprehension about gaming, we have to understand that [iGaming] is already happening.

Explaining why he believes now is the right time to look at regulating iGaming in the state, Addabbo added: “I just think that New York is on a great path here. When we do gaming in a very responsible way, and in an effort not only to gain revenue, the jobs, and all the other benefits, but to help [those] with an addiction, knowing that they’re doing it already, iGaming to me is the next step for New York.

New York State Senator Joseph Addabbo: “Because neighbouring states are doing it and doing it very well, and that’s possibly our residents going there, I think iGaming is the natural progression for New York.”

“Because neighbouring states are doing it and doing it very well, and that’s possibly our residents going there, so in an effort to keep the money here, and in an effort to regulate it for the safety of others, I think iGaming is the natural progression for New York to take in terms of the gaming industry.”

Indeed, Addabbo has already made one attempt to push the state towards regulated iGaming, although it might be next year now before the road to legislation gathers further momentum.

“I put it out there this year,” he explained to moderator Bill Pascrell, III. And while the timing may not have been right for state legislators, who are also working on the process of issuing downstate casino licences to land-based operators, Addabbo said the initial attempt at least opened the doors of discussion.

“What it allowed us is to start this conversation and this dialogue on what hurdles lie ahead, so that we could pave the road going forward for iGaming in New York, which in my opinion is not a question of if it’s happening, it’s when,” he explained.

Further, Addabbo has called upon the industry to have an input and to help shape the legislation so as to avoid unfavourable rules and restrictions, such as the 51% tax rate currently slapped on the Empire State’s mobile sports betting operators.

BetMGM for example has already diverted marketing investment to other states due to the staggering cost to compete in New York.

Addabbo said: “Whether it be as operators, providers, platform suppliers, whatever it is, we want to work with them because we need to learn from them on how this language – it’s going to be very intricate and very complex – in the iGaming bill, what does it need to say in order to have a successful product in New York.”

During the conference panel, Addabbo hinted that the aforementioned 51% sports betting tax rate may not be set in stone forever. 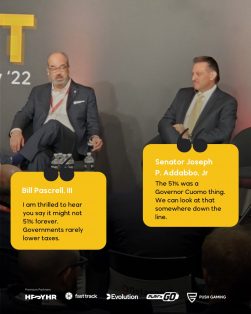 The senator suggested that in the future, the state may be open to the possibility of increasing the number of sports betting licences, which would allow the eye-watering tax rate to come down.

Indeed, an amended version of the bill filed in March by Assemblyman J. Gary Pretlow suggested the tax rate could even be halved to 25% if the market was expanded to more than 15 licensees.

New York initially signed off on online sports betting due to a major financial hole created in the state budget by the costly after-effects of the Covid-19 pandemic.

On the tax rate, Addabbo commented: “These are things that once we get to evaluate after a period of time – it was too premature to do it in this year’s budget, which was April, only four months in – but, let’s look at it somewhere down the line and those items; increasing the number of operators, tinkering with the 51%, [they are] possibly something we do somewhere down the line.”