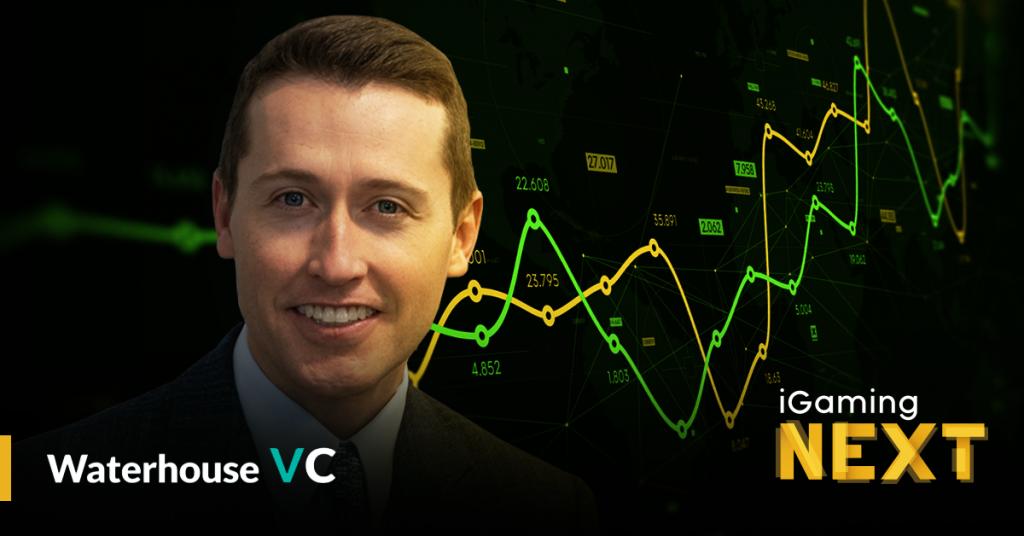 In collaboration with iGaming NEXT, the October edition of Waterhouse VC explores the exponential rise of social betting in both Australia and the US:

One way that bookmakers can appeal to a younger, digital-native generation of bettors, is by promoting the social aspect of betting.

Bettors have always discussed their top picks with their friends, but this was not previously embedded within bookmaker apps.

By bringing together social media and wagering, bookmakers hope to improve customer retention and lifetime value.

Social betting also plays into the growth of influencers, with respected bettors able to build large followers who can copy their bets.

Betting influencers can gain particularly high followings if they are successful with multi-bets (known as parlay bets in the US), which have a large pay-out if won.

In May 2021, Flutter Entertainment-owned Sportsbet launched its ‘Bet With Mates’ product, which allows bettors to pool their bets into one group and invite friends to share in the bet.

Previously, the organiser of a group bet had to manually calculate each participant’s buy-in and bet on behalf of the group.

Through ‘Bet With Mates’, activity and performance can now be tracked on each group’s homepage, with the ability to use emoji reactions to create an immersive social betting experience. 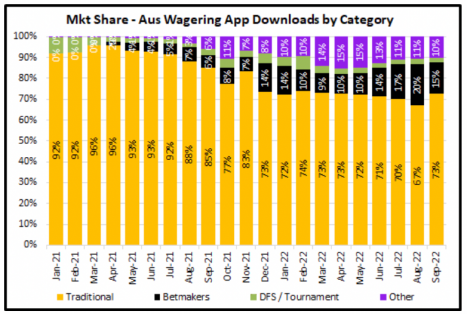 Furthermore, within the ‘Other’ category, Dabble’s market share is dominant at 76%. Dabble CEO Tom Rundle describes Dabble as a “social media app for people who like to bet … rather than being a betting app with a social (function)” (The Weekend Australian). 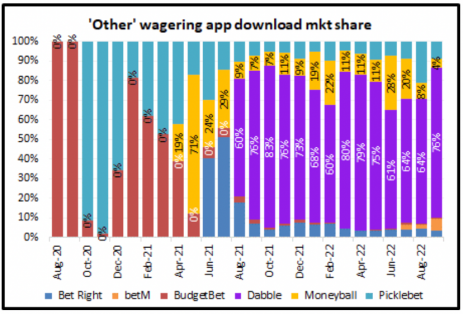 In October, Dabble secured a A$33m investment from Tabcorp, a 20% stake which values the company at A$165m.

We’ve been following Dabble for a while now and highly respect one of their early investors, Yolo Investments (yolo.io), another venture capital fund with whom we regularly co-invest.

Dabble’s valuation is now around double that of BlueBet (ASX:BBT) and a third of PointsBet (ASX:PBH).

When a user opens the Dabble app, they immediately see an activity feed reminiscent of Instagram, with the most popular shared bets and commentary front and centre.

Dabble CEO Tom Rundle was recently quoted in The Weekend Australian: “We see some of them as content creators, the same way as Twitter or more so YouTube or TikTok – once someone creates a lot of content and they are very influential we have a closer relationship with them and sometimes we might pay them to maintain their activity.

“We didn’t create them, they have come to us, built their own profiles just like an Instagram influencer would,” he added.

The Waterhouse family is the largest investor in the strategy and has been involved in wagering and related industries for more than a century.

The strategy is focused on technology suppliers to the gaming and wagering industries. Waterhouse VC remains open, with limited capacity.