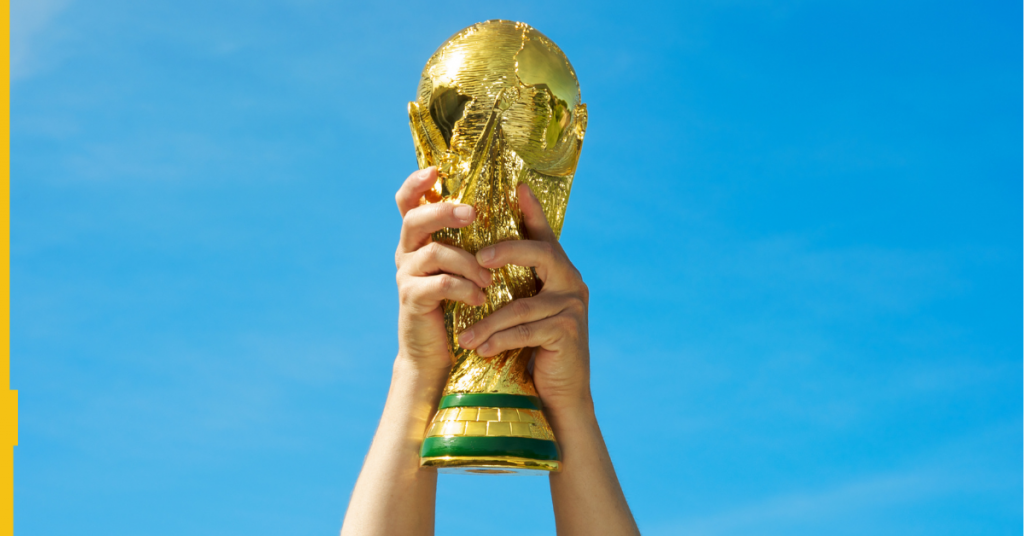 The 2022 World Cup Final was the second-most popular game of the year for American sports bettors, behind what has been perennially the most-watched individual sporting event in the country.

The extra time match between Argentina and France drew 7.9m geolocation transactions, according to geolocation and cybersecurity firm GeoComply. This was significantly behind this year’s Super Bowl between the Cincinnati Bengals and Los Angeles Rams (23.5m), but ahead of all other events this year.

That includes 4.8m on the NCAA Men’s Basketball Final between North Carolina and Kansas, the cap on what is perenially the most-wagered upon tournament in the US. It was also ahead of the 5.1m transactions that took place during Game 6 of the 2022 NBA Finals between the Boston Celtics and Golden State Warriors.

Game 6 of the NHL Finals between the Tampa Bay Lightning and Colorado Avalanche saw 1.9m transactions.

“They say Americans don’t like soccer, but they certainly got a kick out of betting on the World Cup,” Sam Basile, GeoComply VP of Business Development for North American Gaming, said in a statement announcing the results. “GeoComply’s data disproves the myth that Americans are not interested in The Beautiful Game.”

World Cup bettors placed an average of just over four in-play bets per match, which GeoComply reported largely mirrors betting patterns for NFL and NBA games. This included spikes in activity around each goal, at the beginning of extra time and the penalty kick shootout.

The 2022 World Cup is the first with widespread availability for American sports bettors outside Nevada. Though the previous World Cup began after the May 2018 Supreme Court decision that struck down the federal wagering ban, there were few legal betting options outside the Silver State at the time.

GeoComply VP Sam Basile “GeoComply’s data disproves the myth that Americans are not interested in The Beautiful Game.”

For this year’s World Cup, more than 30 states had at least one legal online and/or retail sportsbook. It was also the first World Cup with commercial, single-game sports betting in Ontario, Canada’s most populated province.

The interest in World Cup betting comes as soccer has taken a greater foothold in the American sports psyche. A young American side that advanced out of the World Cup group stage, as well as the first tournament appearance by Canada since 1986, have further sparked North Americans’ interest in the sport.

That, combined with the continued expansion of legal betting options, has generated increased betting action on soccer.

The development of the US and Canadian national teams, along with the continued interest in perennial World Cup contender Mexico, could further build momentum for the sport in the continent ahead of the 2026 World Cup, when the three North American countries will share hosting duties.

By 2026, California, Texas and Florida could all have legal sports betting. Combined the states make up more than 25% of the current American population. All three states are also set to host at least one of the 16 cities for the 2026 World Cup.